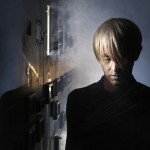 Global music community platform, Burn Studios, has raised the bar yet again in its series of remix competitions as Burn Studios ambassador Plastikman – aka innovator in electronic dance music, Richie Hawtin – invites online music creators to remix his work unlike ever before.

The Plastikman track up for remix is ‘Ask Yourself’, an ambient and minimal release that appeared on his fifth studio album, ‘Closer’, and features in his new Plastikman 2010 live show.

From leading online electronic music magazine www.residentadvisor.net and www.burn-studios.com users can download the remix parts including bassline, strings, midi and vocals; create an original sounding piece of work, before uploading back to the site to share with fellow music creators, enthusiasts and producers.

Each remix submitted from members of the Burn Studios community will be listened to by Hawtin. The winning remix will incredibly appear as a digital release on the highly anticipated ‘Plastikman Arkives’ – a comprehensive, made-to-order box set that pulls together all 17 years of the Plastikman story so far, released on Hawtin’s iconic Minus label. In total it’ll feature 11 CDs and 1 DVD containing never-before-seen video footage; a 64-page booklet telling the Plastikman story; newly remastered versions of all six previously released Plastikman albums; and five further CDs of rare, unreleased sessions, exclusive remixes and new material.

Online audio sharing site www.soundcloud.com is also partnering with Burn Studios for this competition presenting the winner with an annual Soundcloud Pro account worth €250.

Five runners up will each receive an M-Audio Torq MixLab DJ kit, an Avid Recording Studio package and a Souncloud Lite account.

Hawtin joins fellow Burn Studios ambassadors, Cassius, and Ed Banger starlet Uffie, by offering a personal piece of production to be re-worked by Burn Studios enthusiasts. This competition opens on Monday 15th November, last submissions are on Friday 31st December, and the winner will be announced on 15th January 2011.

And for full T&Cs and to find out if you are eligible for entry: 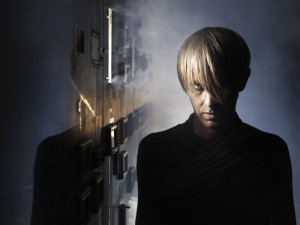